2016 - 2017
Research, Assistive Technology, Interaction, Hardware design, Software design
PetaPeta is a brand new tag game. Players use an insole device and a smartphone to move as far as possible within a region within a time limit.
However, if you run when you move, your footprints will be displayed on the Oni's(it's) smartphone.
While you are the Oni, you will not receive any points for moving, so the Oni will need to move on to others as quickly as possible. Oni can be transferred to other players by approaching them.
My Role
- Prototyping / Interaction Designer / Software Engineer / Hardware Engineer
Team
Shinnosuke Komiya
Awards
2017.3
The best thesis of the year
Media
2017.3
Thesis paper (written in Japanese p62 - p89)
Skills / Tools I have used
Figma / Fritzing / Arduino / Swift (iOS / MacOS) 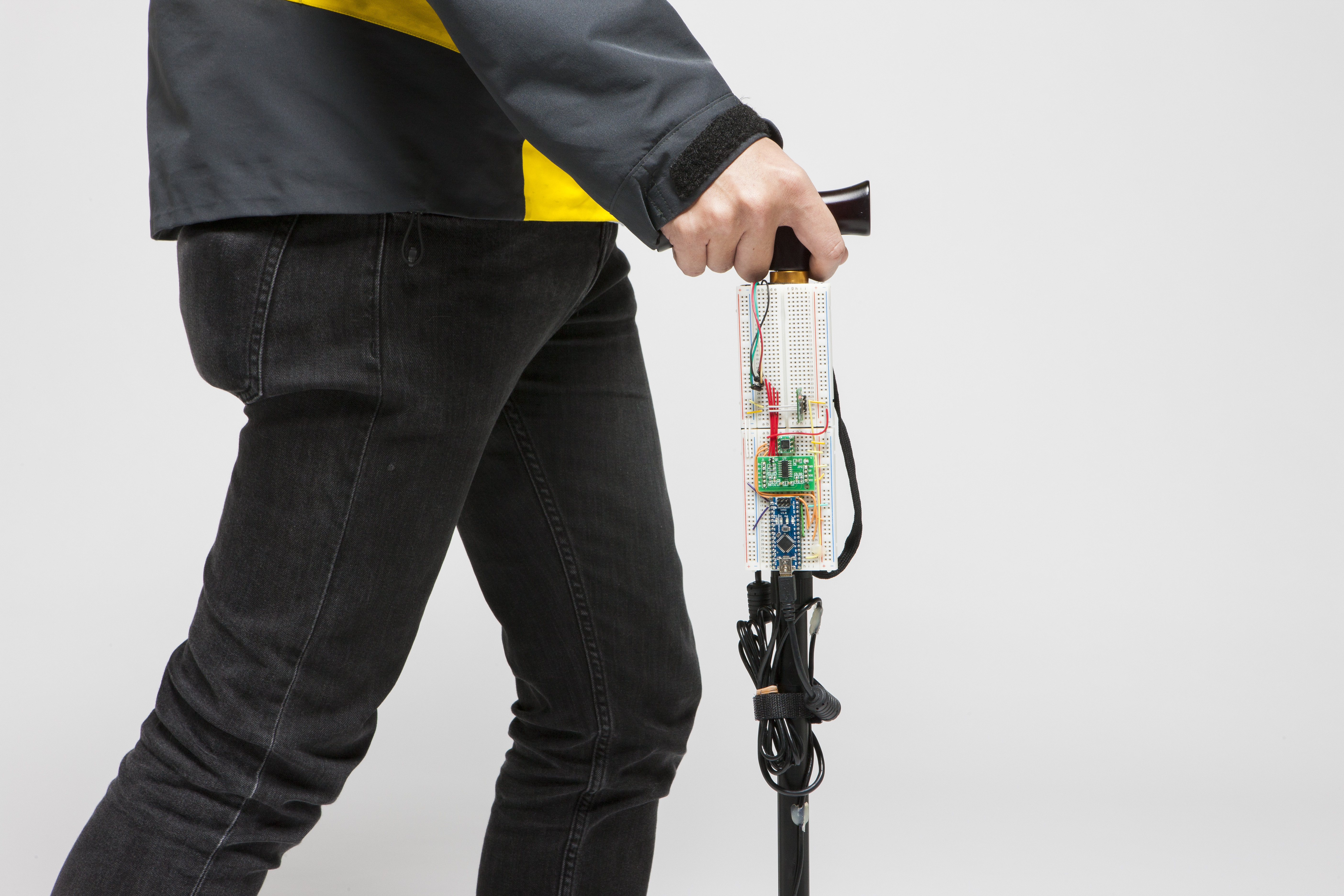 In the past, most gait rehabilitation using a cane consultations in Japanese hospitals were conducted visually by the doctor, so the progress observation depended on the doctor's competence, and it was difficult to record the results quantitatively in the medical record.
Therefore, if the patient wants to change the hospital or the doctor, or if the doctor in charge changes, it is difficult to refer to the past medical records.
I would like to solve this problem, so I focused on visualizing rehabilitation. 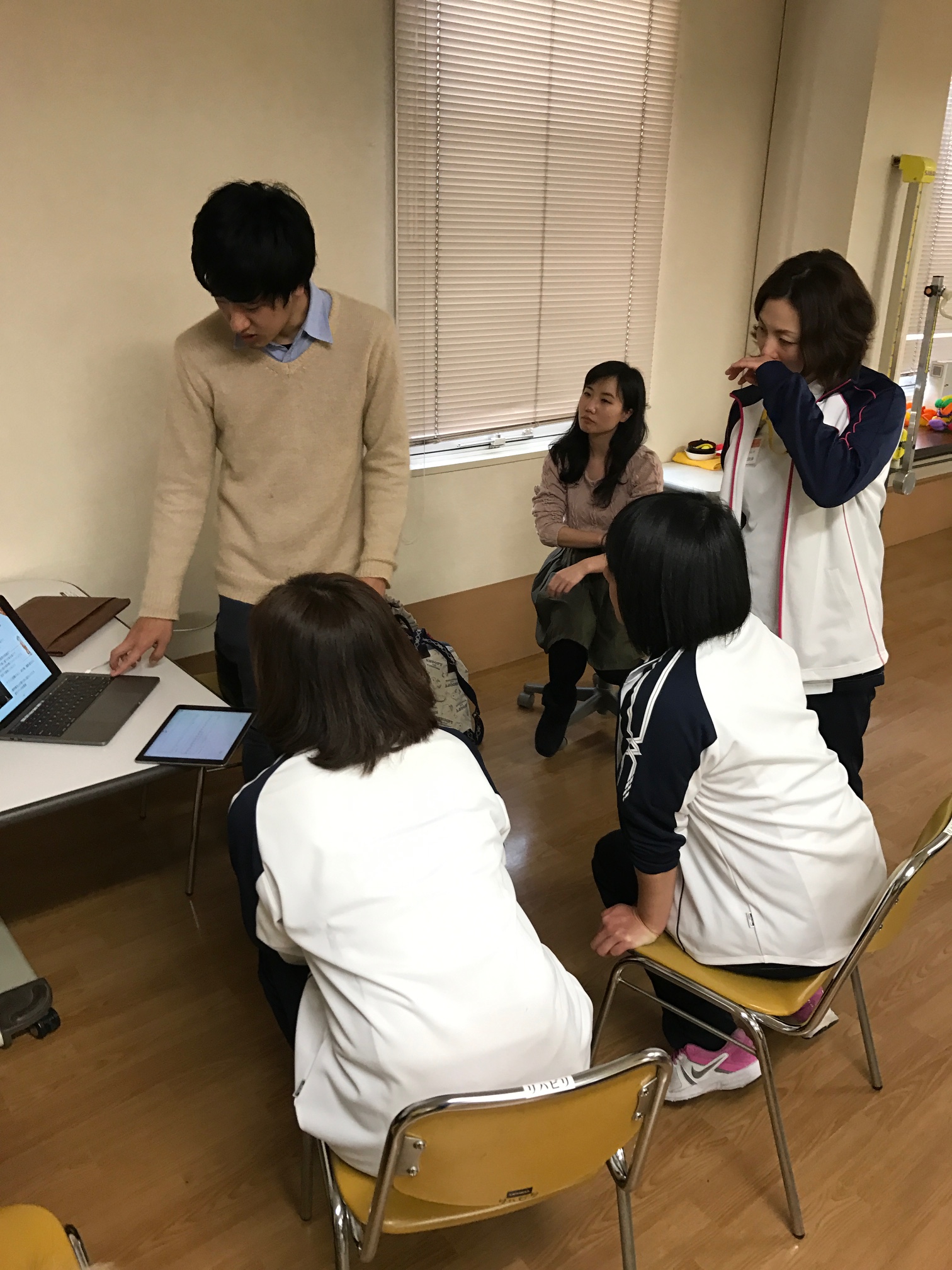 Interviewing to nurses in Saga university

In order to actually test the issues that emerged from the interviews, I decided to create a prototype of an inexpensive, space-saving cane-shaped device and software for monitoring sensor values. 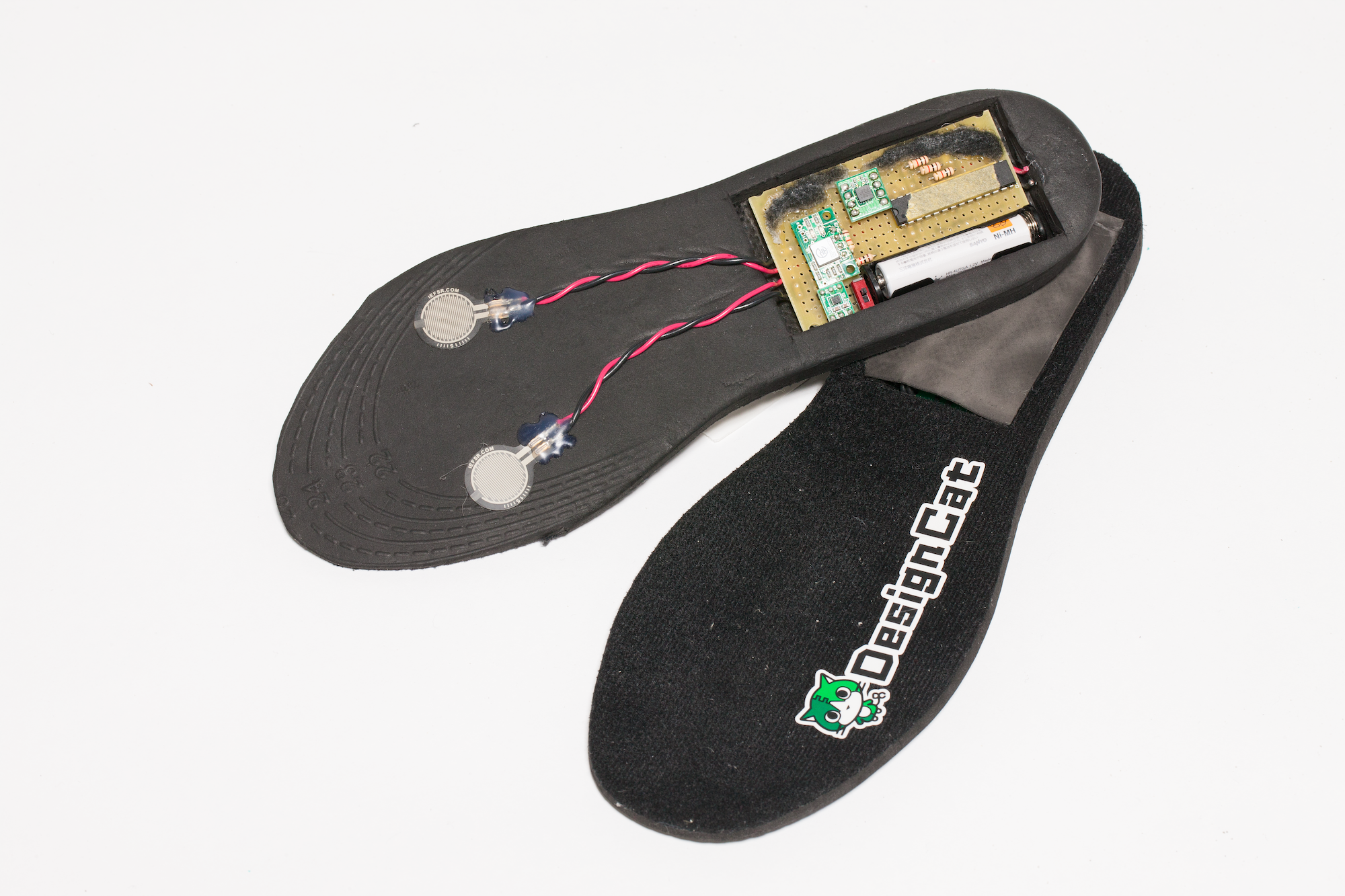 I attached an accelerometer to the cane device to measure posture, and a load cell to make sure the patient's weight was not too much on the cane.

To sense the posture of gait.

To sense the weight to the cane.

To send all data to doctor's smartphone.

To make the cane work as a stand-alone device. 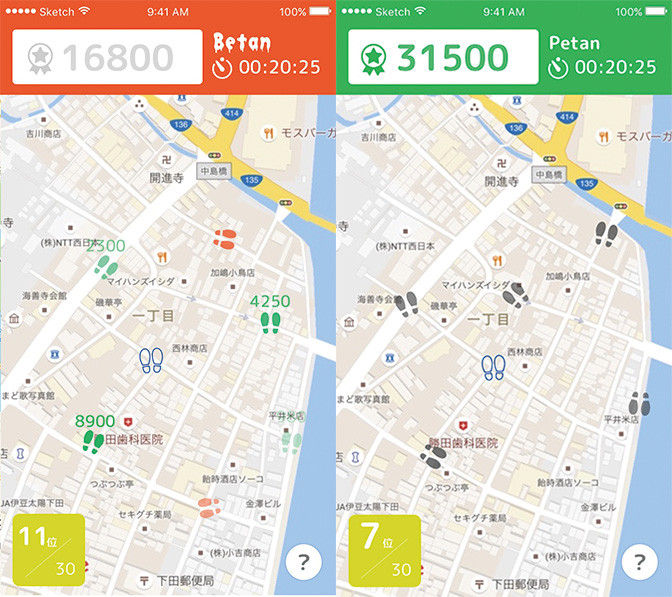 In the software, I made it possible to observe the data sent from the device in real time, and displayed the sensor values in a graph so that the doctors can evaluate whether the walking posture is bad or not. In addition, since it was difficult to tell when the timing was right from the graph itself, I made it possible to record a video at the same time, so that the actual walking of the patient could be seen in correspondence with the graph.

Thinking that it would be possible to create interactive educational content through play, we planned a disaster prevention event called "Asobousai" together with the government of Shimoda City, Shizuoka Prefecture.

At Asobousai, we prepared not only PetaPeta, but also a variety of contents that connect play and disaster prevention. 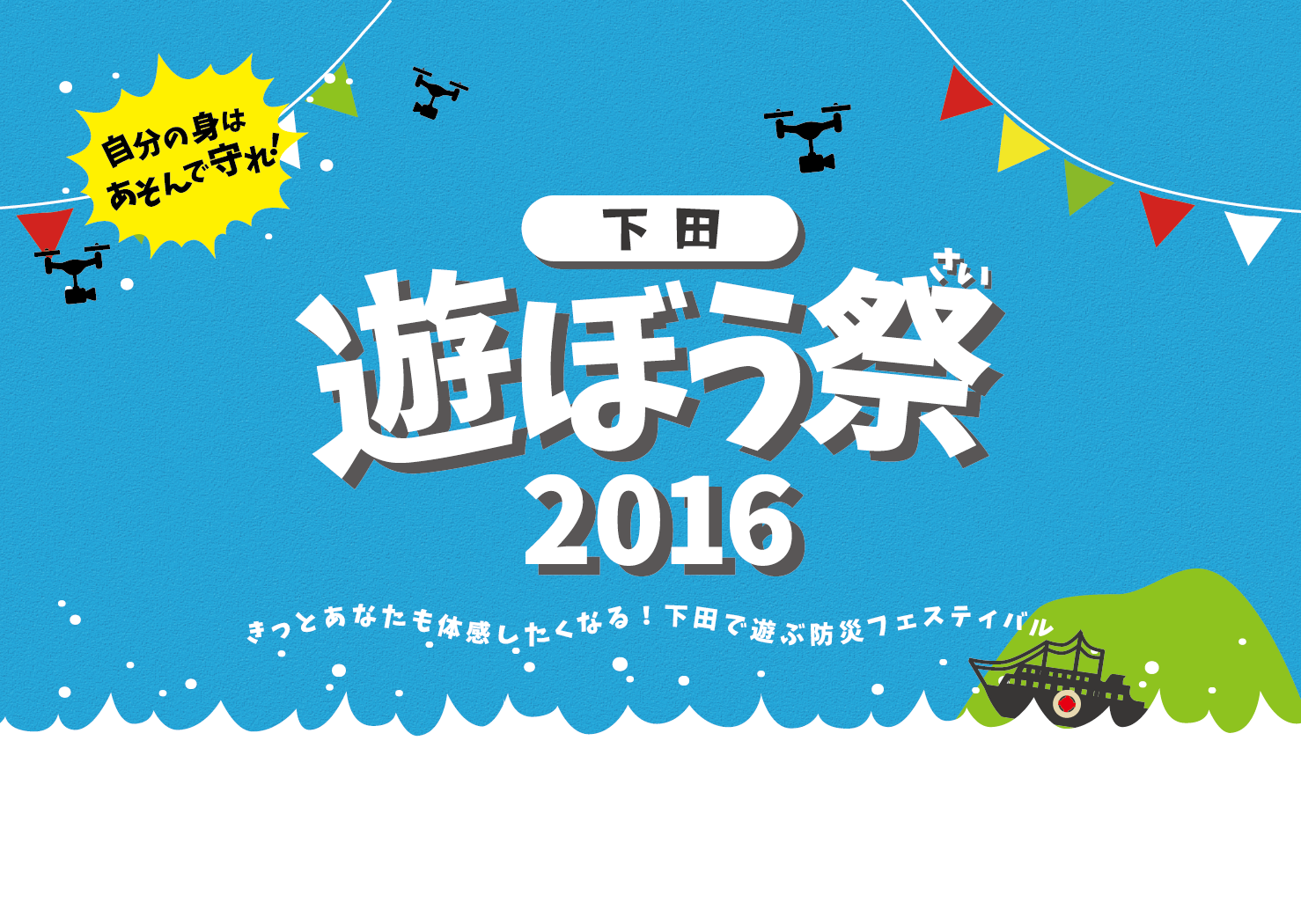 Shimoda City is a famous tourist destination along the coast. As a result, the area is also associated with the risk of tsunami.
However, not only the local residents but also the tourists do not know where to evacuate to in case of a tsunami.
‍
Tourists naturally do not come to the area for disaster prevention, so it is very difficult to provide education adapted to the local community.

The location is actually a tsunami evacuation building, and after the game is over, the player can look back through the spectator screen and simulate how panicked they were and how long it would take to evacuate, resulting in a learning experience.
Spectator screen 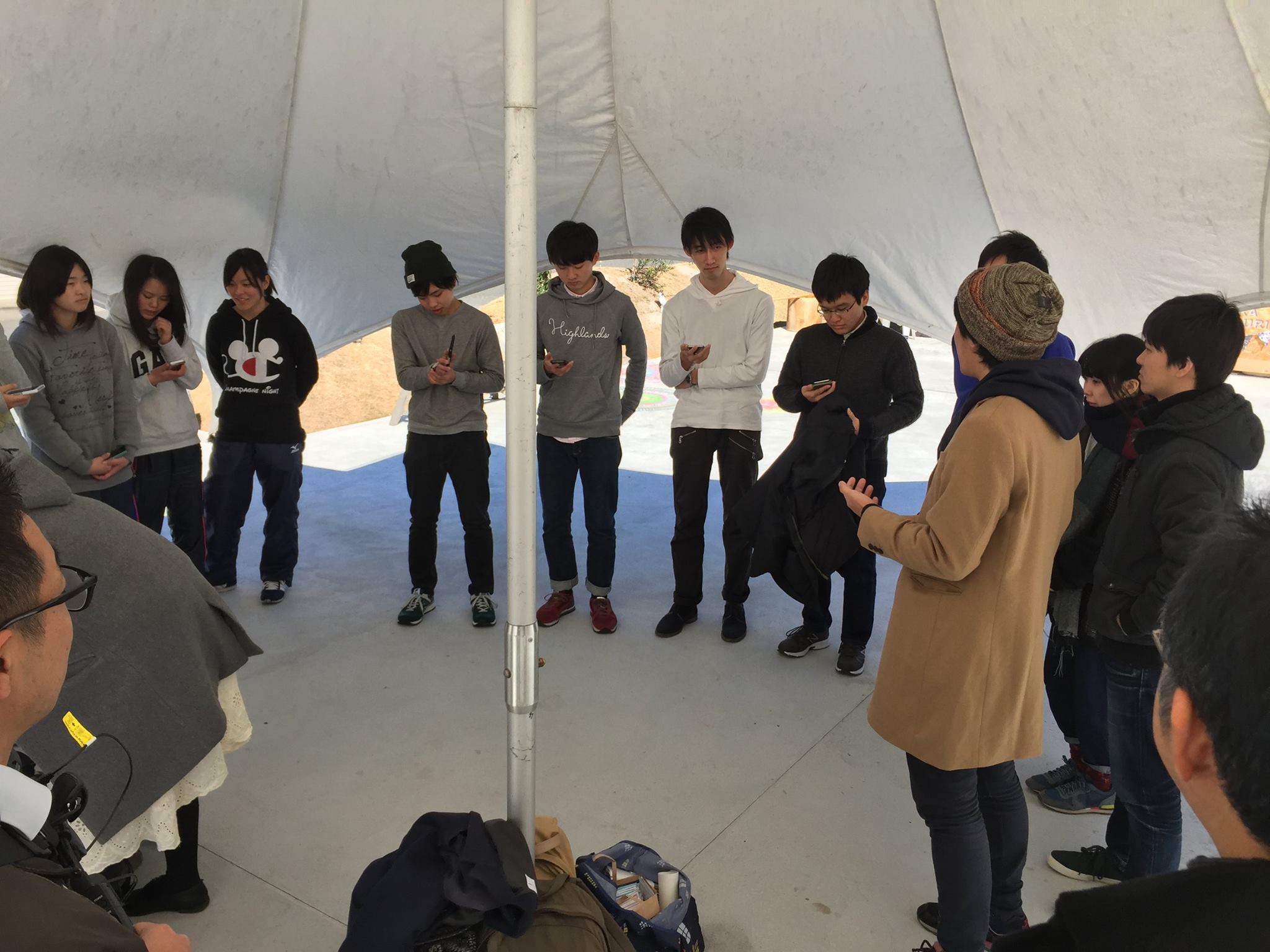 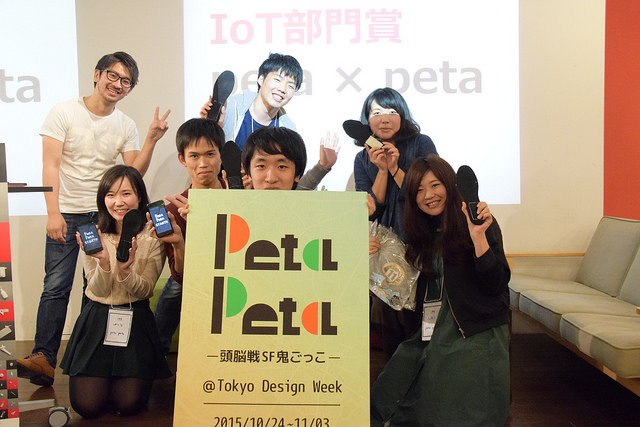 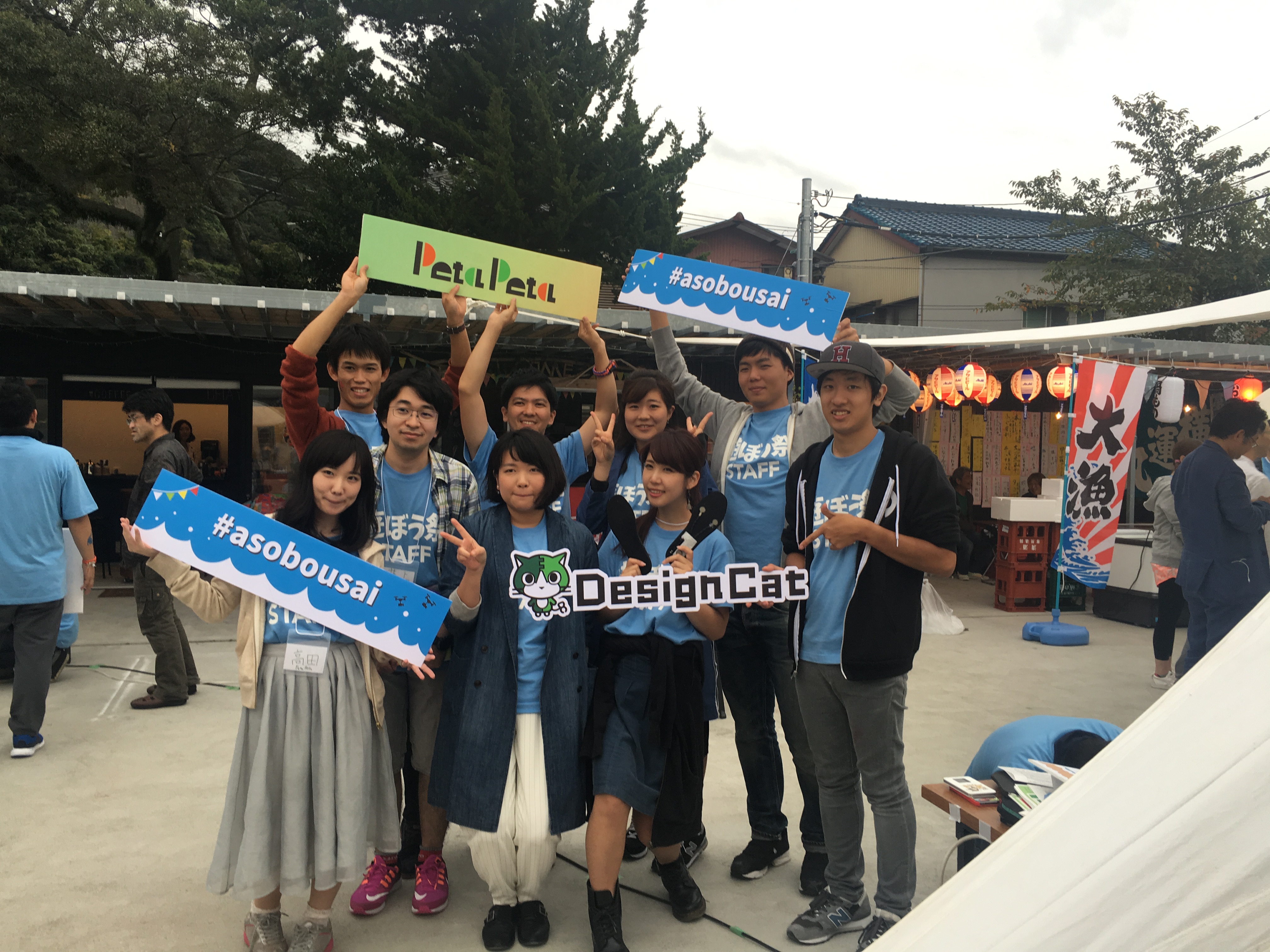 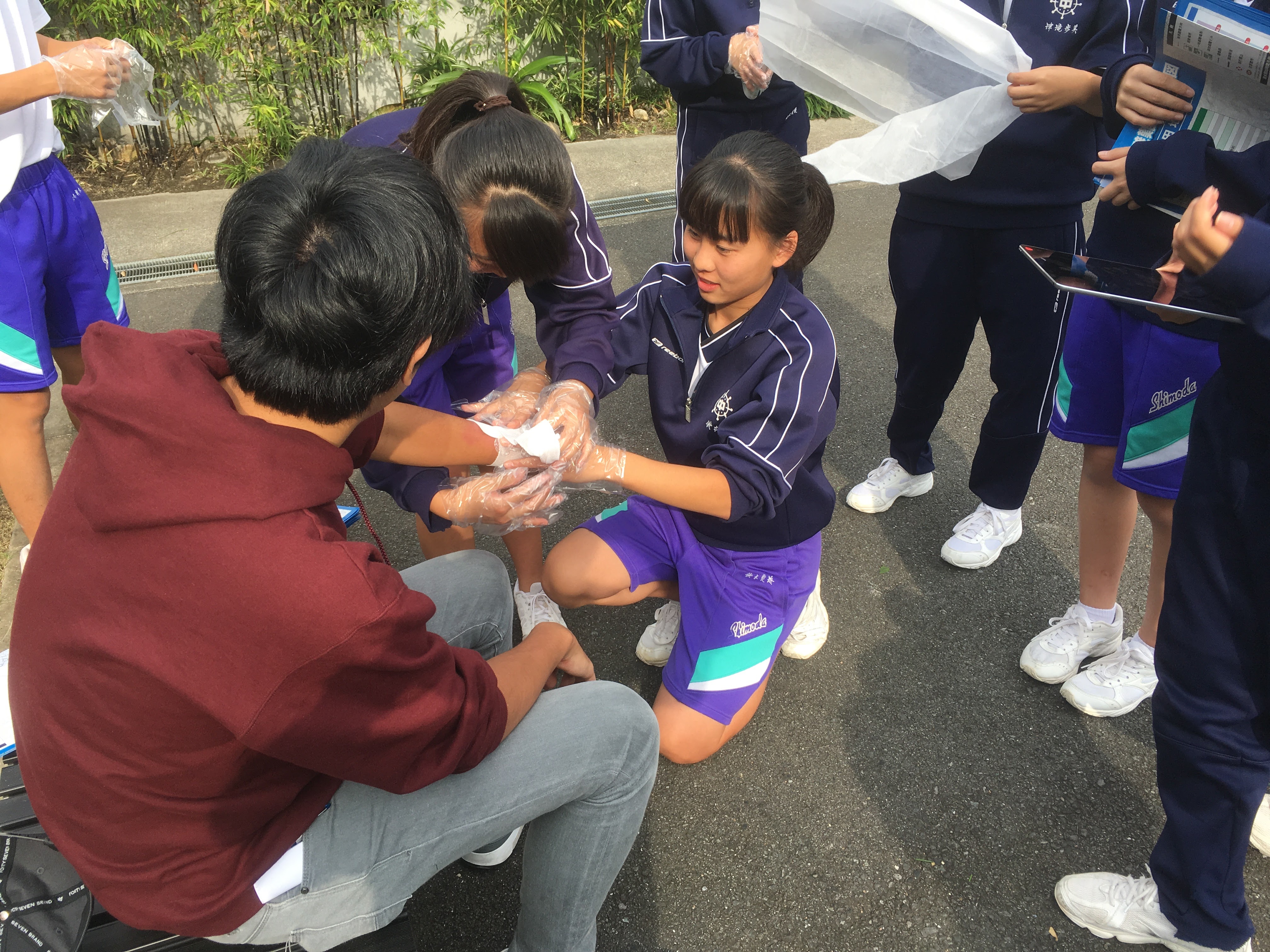 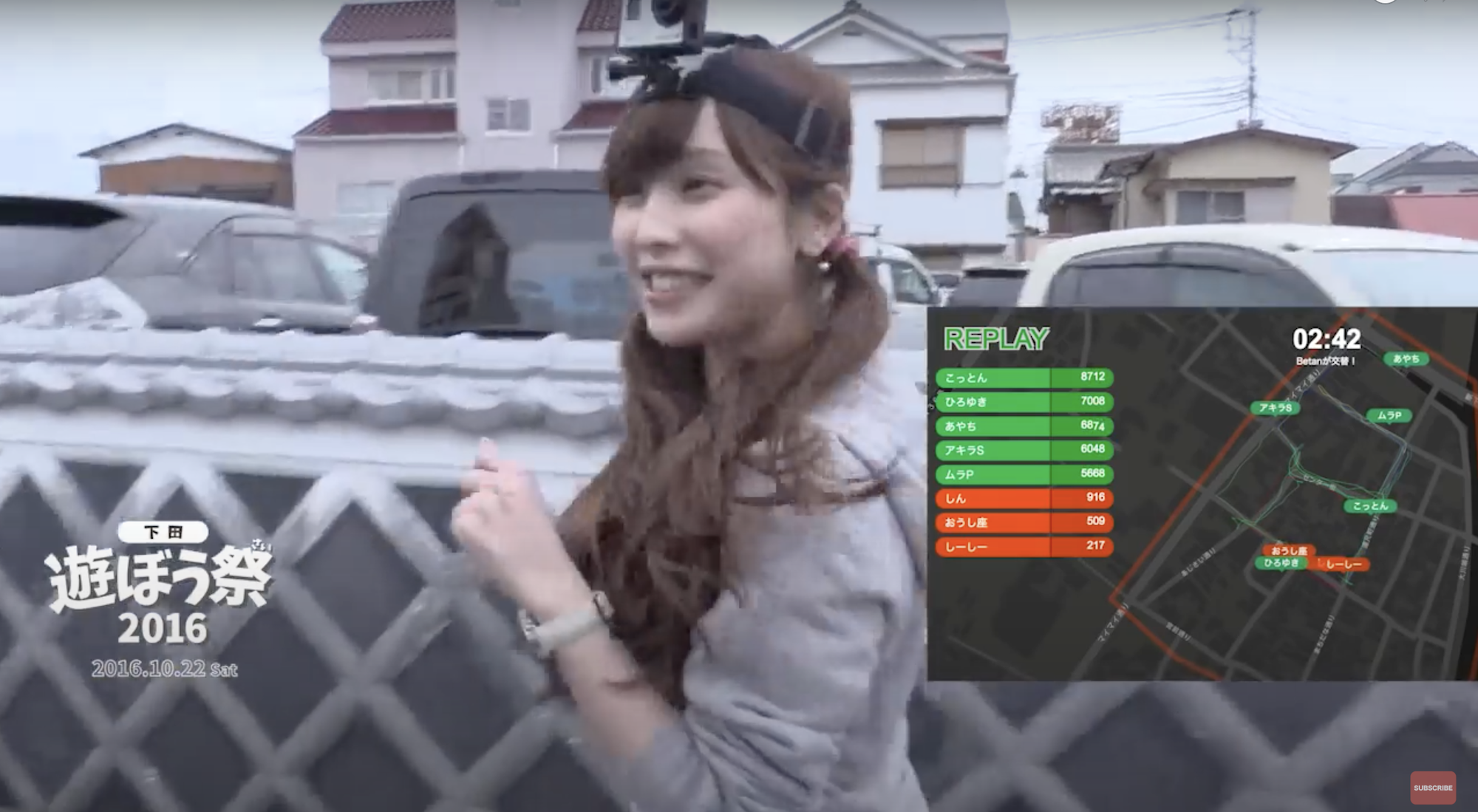 PetaPeta not only provides an opportunity to learn about disaster prevention, but I feel that it has unlimited potential as a content to learn something through gamification. In particular, I believe that PetaPeta can be used as a tourist resource to learn about the city, as it goes well with content that uses maps.